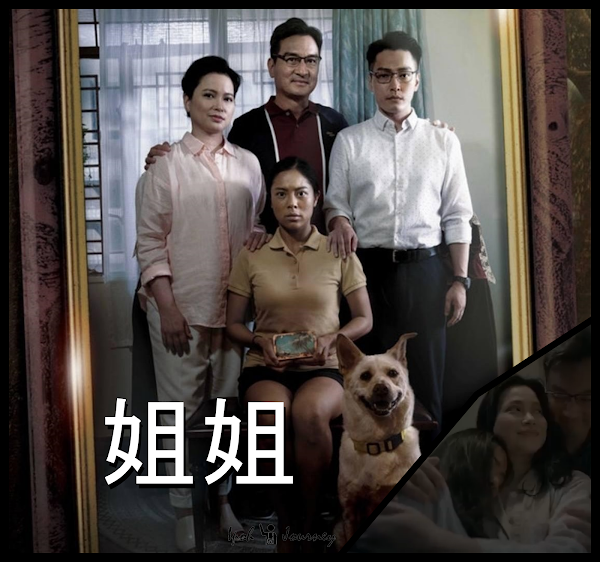 Recently,《金宵大厦2-1968》or Barrack O’karma 2 – 1968 created such a commotion in Hong Kong drama, and then escalated to the world news due to the drama section called 《姐姐》or Sister. In "Sister", Franchesca Wong, who played a troubled Filipino maid, in my opinion, did a great job in her acting performances. However, due to the darkening her skin tone as well as practicing Pinoy accent for the role of Filipino maid, her action was triggering #Brownface backslash which was also a form of #Blackface discrimination. But, did you know that many years ago or even in the present, such discrimination was still in practice in some movies (famous movies as well) intentionally or unintentionally, in Hollywood? This practice is known as #WhiteWashing. But to Asians, this was barely known because Brown Face, Black Face and White Washing are not quite intense over here.

In the golden age of Hollywood, Asian actors were hardly on sight. There weren’t even a few names which you can shout out to, except for action stars such as Jackie Chan and Bruce Lee. This was not even hard to understand, because during that time, white supremacy was still at prime of the time. Then, it was the rise of the African actors afterwards when the discrimination on film got lesser. However, even at that time for Asians, how many American movies in the 1990s would use Asians as the lead role?

From the 1990s to 2000s, African actors such as Will Smith, Denzel Washington and Halle Berry started to be A-listers, and particularly, Halle Berry becoming the first black actress in Oscar history in 2001. You have to know that Oscar Award was founded on 1929. So, it basically took 72 years to have its first black best actress.

But, the first actor/ actress to win Oscar existed a long time before! (What an interesting fact!). The first African actor/ actress to win Oscar was in 1939 by Hattie McDaniel. Well, her name did not ring a bell right? Just wait, when I told you that she won the Best Supporting Actress for her performance in Gone with the Wind as the sassy helper Mammy. Sadly, she passed away at the age of 59. But what’s more tragic was despite her Oscar honor, her last wish to be buried at Hollywood Forever Cemetery was rejected because the owner still practiced race segregation in cemetery! Oh yeah, you heard it right, till death, grave still knew you are black or white in bones. Years after, a new owner decided to correct the mistake, yet her family rejected citing they did not want to disturb her final rest.

When Barrack Obama became the First African President in 2009, it was truly one of the greatest milestones in human history as diminishing discrimination of race or racism has made a huge leap (Hope Malaysia will be racism-free one day with all those horrible racial policies).

Of course, despite such improvements on racial issues, until the recent #Blacklivesmatter in 2020, this still pokes deeply in hearts of black people in USA. #Covid19 has further “enraged” westerners to hate Asians to a peak, as it was claimed that the virus was originated in Wuhan, China. Why did I mention so much on the historical events of Hollywood development followed by White Washing, Racism? Does these have anything to do with Brown Face? Well, not directly, but White Washing serves as the “ancestor” for Brown Face. In fact, Brown Face in Asia is not as direct as it seems, and not many Asians understood about the magnitude of Brown Face culture.

Even now and then, film and television industries still kind of practice “White Washing” at some levels, depending on the budget or favourism. Sometimes, in some countries, it is very hard to find other ethnicities. So the script writers might change the background of the character to suit the budget or situations. However, many times, some companies would change the original character from one ethnicity to white. In the older days, some would have just directly cast white people as Asians, and mask them with yellow skin and single eye lids makeup.

So now, does Franchesca Wong, acting as a Filipino maid, containing any element of White Wash and discrimination? Why her effort to play a Pinay characters disgusted so many people? It all started by a Tweet from Jerome Taylor whom is a white by the way, putting the actress in hot water! His action was just plain irresponsible, with biasness in his Tweet without any analysis. 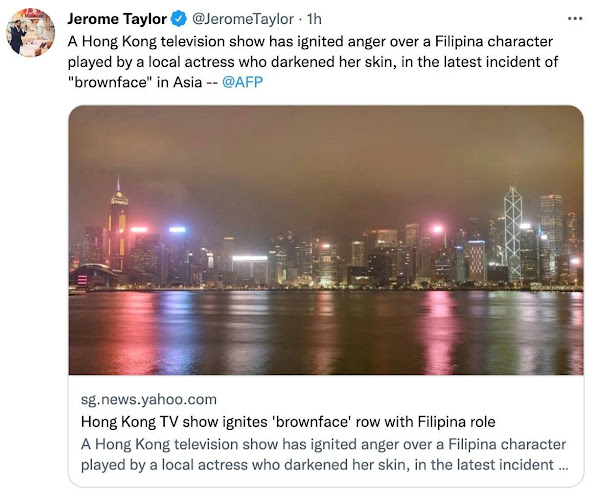 I, myself, watched so many films that were not appropriate with White Washing. Generally, White Washing is a form of discrimination which favours White Actors. For example, if the original character was supposed to African lady, the film company decided to change it to a white character or even worse painted the White Actors to darken the skin tone. This was a deliberate act! 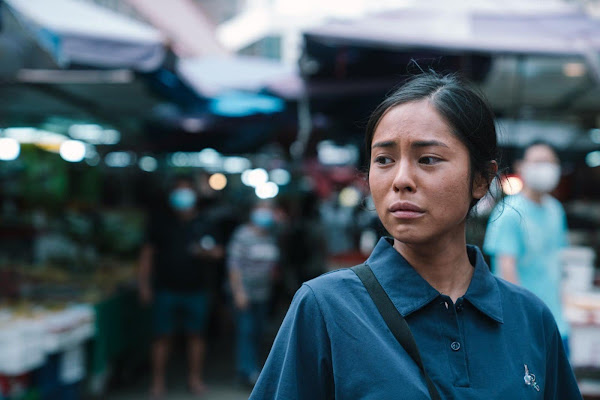 So, did the casting crew purposely find a Chinese actress for this role? In fact, this was untrue as the first choice was a Filipino Actress, Crisel Consunji, to play Luisa. Despite winning in 2019 Hong Kong Film Awards as the Best New Actress, she refused the offer citing “to avoid being stereotype in playing Filipino maid” [News]. I think the crew cast would have hard time to look for a local Filipino actress willing to play this character. To me, what was more disgusting was not the acceptance of role by Franchesca Wong, but was how Crisel Consunji further infused racism hatred citing “Wong practicing her Filipino accented Cantonese was disgusting!” Instead of helping the fellow actress, she provoked the crowd to attack her! 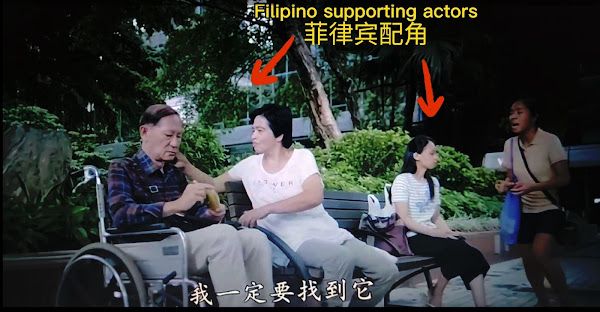 Again, is Barrack O’Karma practicing Brown Face Culture purposely? So, in one scene where Luisa lost the dog, it was perfectly clear that a few fellow Filipino maids (supporting characters) frightening her that her employer would fire her for the mistake. Now, as explained earlier, if Brown Face was indeed genuine, there should not be any Filipino people in the show at all. I really hope that those educated people when watching the show, please pay more attention to details, and don’t judge that fast. For instance, if the cast crew was in Thailand looking for a foreigner, they might even resort to local people if they could not cast suitable candidate.

Jerome as White, of course, he was exposed to White Washing and Brown Facing, anything form of discrimination you named it. But in Asia, is this discrimination? It depends. I am not saying we should be less sensitive to mockery and discrimination, but is your call to determine whether it is a true fact! The segment show was one of best shows in the drama with her superb acting. Franchesca even apologized eventually, but I genuinely think she should not. It should be the company apologizing, as she was just working!

On a side note, when I watched "Crazy Rich Asian", it was a little uncomfortable because I could have felt a bit of “Yellow Washing”. But, of course, Asians in the West are so proud of this movie, because it does confirm the status of Asian actors and actresses in Hollywood. However, because of the movie success, Yellow Washing was again practiced in Mulan, Shang Chi and other upcoming movies. Even Black Panther uses excessively lot of black actors and actresses. So, why those are not being labelled as “Yellow Wash” or “Black Wash”? Ain’t this something to be pondered about? While they did not change the colours of the characters, but there are other Asians in the world, such as Thais,Vietnamese, Malays, Indos, which were rarely featured in Hollywood movie!

I hope to see there will be a day to watch a mixed colour movie for real before my time ends. 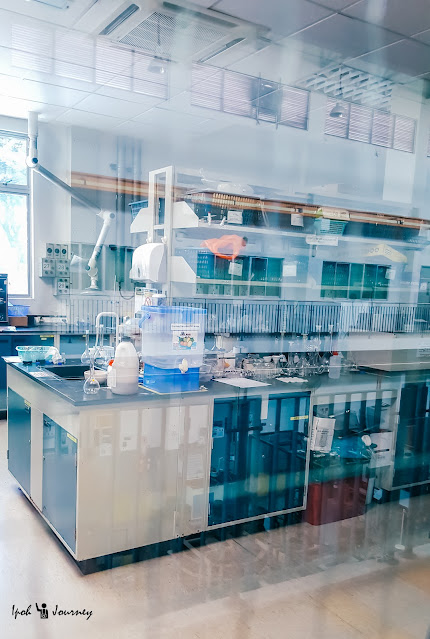 Oh Gosh, this has been drafted starting in  4th April 2018 , and I have yet to finish it! So, today, I finally wanna complete this post, and hope to show some lights to those who are/ going to be in the same situation as me! I have ended postgraduate life around 4 years ago, and working and personal life did not get better after that at all. After this post, I will share some of my struggles after getting a PhD in Malaysia.  But for now, I guess it is time for me to share my personal PhD experience which took me more than 3 years plus to complete. Nothing to be ashamed of because each person has their own project difficulties and timelines. However, recently, Malaysia (I checked), really Malaysia only, sought something called Graduate on Time (GOT). In which, I find this to be meaningless and create unnecessary stress to those students. I shall blog about this after a thorough study on GOT.  Meanwhile, let me share ways to save yourself! LOL. In fact, I actually shared 3 tips before en 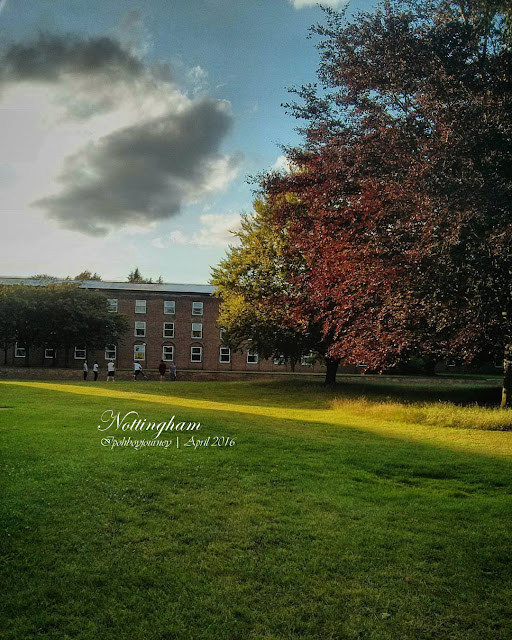 "Never give up. Today is hard, tomorrow will be worse, but the day after tomorrow will be sunshine." By Jack Ma, China successful entrepreneur, Alibaba Founder. You just finish your undergraduate studies. You are pretty much clueless or you may be one of the clueless one who doesn't know what to do with your life. Everyone around seems to be doing great in finding a new job, moving to a new place and some start their postgraduate studies right after. I was in your shoes last time and I made almost all the right call I could. But, as cunning as I could be, I made the LARGEST mistake, to get into graduate school without much thoughts. By saying it was a mistake, I didn't and don't feel regret about my decision but I could have a better choice.